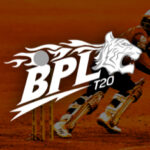 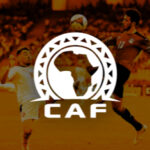 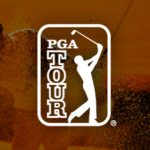 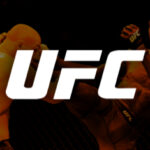 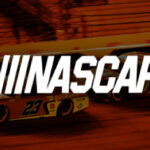 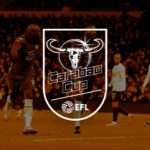 February is an exciting month in the football calendar as we see both the Africa Cup of Nations and the Carabao Cup come to a close. After an exciting tournament the Carabao Cup Final sees Chelsea take on Liverpool at Wembley on 27th February, the first time since the 2014/15 season that no Manchester clubs are in the final. AFCON has been full of surprises throughout, with standout highlights including four-time champions Ghana being knocked out after their shock defeat by debutants Comoros, and Nigeria becoming the only side to win all 3 group games.

The Dubai Duty Free Tennis Championship has a long history of featuring some of the world’s top players. Federer holds a record eight titles at the tournament followed by Djokovic with five. However, last year saw unseeded player Aslan Karatsev take his maiden ATP Tour singles title, breaking into the top 30 and proving the tournament is not just one for the world’s greatest.

The inaugural LPGA Drive on Championship at Fort Myers welcomes some of the LPGA’s top athletes including Nelly Korda, Laura Davies, Patty Tavatanakit and Danielle Kang. After securing her first success of the year at the Tournament of Championships last month, Kang will be one to watch throughout the week. All the LPGA action is now available through our Golf Event Centre, keeping you up to date with all the latest stats, visualisations and live streams.

Rivals FC Barcelona and Real Madrid were both at the top of the standings late last year. The new year brought a string of victories for Real Madrid taking them to the top of the EuroLeague table. Drawing in over 680,000 views the first time they met in December, the second El Clasico of the season should be another tense battle between the rivals. The matchup is always a fan favourite across Europe and should draw in fans eyes from all over the continent.

UFC 271 takes place on 12th February, headlined by the Middleweight Championship rematch between current champion Israel Adesanya and former champion Robert Whittaker. They last met in October 2019 at UFC 243 when a near flawless performance saw Adesanya knock out Whittaker in the second round. Despite Whittaker’s impressive rebound in his fights following the defeat, Adesanya has successfully defended his title three times since, and as one of the best strikers in MMA, ‘The Last Stylebender’ will not be giving up his title easily.

The eighth season of the Bangladesh Premier League continues throughout February, as the professional T20 league offers another 20 matches this month. Comilla Victorians have started off well with victories in both of their games, bowling out the opposition for under 100 runs each and overall, the tournament looks set to be full of low scoring games. Batters have struggled with what has been an impressive performance from bowlers so far; there have been 10 innings with team totals of less than 140 and as many as five innings have witnessed teams scoring less than 110 runs.

After a relocation from Germany, the European Masters comes to Milton Keynes on 21st February for the 11th ranking event of the 2021-22 snooker season. Part of the eight-event BetVictor Snooker Series, the tournament regularly brings out some of the world’s best, including Judd Trump, Ronnie O’Sullivan and John Higgins. After his recent success at the Masters, claiming his sixth Triple Crown event title, Neil Robertson is solidifying himself as snookers most successful non-British player, entering the European Masters in a strong position for his first-round match against Chinese youngster Lei Peifan.

The NASCAR Cup Series returns for 2022 with the iconic season opener; The Daytona 500. One of the seasons greatest events, the race at Daytona International Speedway has opened the NASCAR season every February since 1982. A victory at the 500-mile ‘Great American Race’ can be both life changing and career defining for drivers; last year’s Champion Michael McDowell, went on to finish the first 3 races of the season inside the top 10 and secured a place in the All-Star race, NASCAR playoffs and the 2022 Clash, all for the first time in his 14-year Cup Series career.