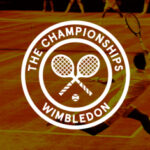 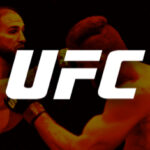 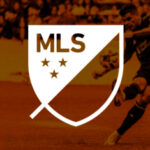 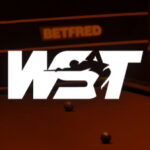 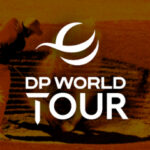 With over 80 MLS matches throughout July, football fans won’t be short of excitement this summer. After a recent win against Sporting Kansas City, the New York Red Bulls have moved into pole position in the Eastern Conference standings. They have secured 32 points across 19 matches to take the top spot, with the remaining 13 teams chasing behind. In the Western Conference it is currently LAFC who are sitting at the top of the rankings, with Austin, Salt Lake and Nashville not far behind. However, the season is well underway, and all could still change with some exciting matches coming up.

Grass court season is in full swing in the tennis calendar as Wimbledon returns for the third Grand Slam of the year. Despite not offering any ranking points this year, tennis greats are still taking to the court with the aim of taking home the trophy. After British favourites Emma Raducanu and Andy Murray have been knocked out in the second round, Britain’s hopes now lie with world number 12, Cameron Norrie. Serena Williams made her return after her injury last year, but debutant Harmony Tan put on a stellar performance to knock out the Wimbledon royalty in the first round. Many more of tennis’ best, including Nadal, Djokovic and Swiatek will be out on Centre Court, meaning fans will no doubt be treated to two weeks of world-class sporting action as the tournament continues.

There is more great action across the golf course this month, including the LPGA’s Dow Great Lakes Bay Invitational. Only in its third year, the tournament will see 144 of the world’s best female golfers take to Midland Country Club in Michigan. The event will be a 72-hole stroke play format, with alternating rounds of foursomes and four-ball, as the players tackle the course in teams of two. Last year, sisters Ariya and Moriya Jutanugarn took the trophy after a stellar performance, and it already looks like this year will see some more great pairings. LPGA legend Annika Sörenstam will be teaming up with Madelene Sagström for the tournament, and with 72 LPGA Tour wins under her belt, the pairing with such an exciting young player in the game will be sure to offer fans plenty of action on the course.

July is filled with fighting action across UFC with two numbered fight nights and a return to London all on the cards. The first titled fight of the month kicks off with the Middleweight Championship bout between Israel Adesanya and Jared Cannonier, as well as a UFC Featherweight Championship trilogy bout between current champion Alexander Volkanovski and former champion Max Holloway. Volkanovski has taken the last two wins, defeating Holloway in both UFC 245 and UFC 251, so can he continue this success for a third time? Later in the month UFC 277 features two title fights including Julianna Peña vs Amanda Nunes 2 in the Bantamweight bout. The last time they met saw major upset as Peña took the title, so Nunes will be looking to reclaim her name as one of the best when they meet again.

The cricket calendar is action packed throughout July with highlights including the ongoing Sri Lanka vs Australia Test match, the Singapore Women’s Home Series and the ICC Men’s cricket World Cup Challenge League. Sri Lanka and Australia are in the middle of their first test match as Australia tours the country, with another still to come on July 8th. There is also various women’s cricket taking place throughout the month with both the Sri Lanka team facing India, and the Singapore team facing Malaysia in a series of one day internationals.

NASCAR have a busy month ahead, with five events across July. The stars of the NASCAR Cup descend on the Atlanta Motor Speedway once again this month for the Quaker State 400. This is only the second time the 260-lap race has featured at the Atlanta Speedway having moved from Kentucky in 2021. Kurt Busch is the reigning champion after beating his brother Kyle last year, only the fourth time the brothers have taken the first and second positions in a race. There is a regular debate around which brother is a better driver and so who will take the title in this year’s rematch?

July welcomes the qualifiers for the upcoming European Masters, taking place in Germany next month. With reigning champion Fan Zhengyi causing major upset at last years tournament, players will be on their best form at the qualifiers to ensure a place in the final tournament.